Led by Dr Kieran Mitton – author of Rebels in a Rotten State – and Professor Mats Berdal, this Conflict, Security and Development Research Group (CSDRG) project (under development) entails a comprehensive examination of the various forms, uses, and shaping dynamics of extreme violence in armed conflicts. It identifies and responds to a number of issues concerning the study of conflict, including:

The project brings together leading experts in the study of violence – drawn from various academic disciplines – to conduct and publish original research on the problem of war-time atrocity. The principal outputs will be the publication of a collected volume of these studies, co-edited by Professor Mats Berdal and Dr Kieran Mitton, and a CSDRG-hosted conference to discuss findings, implications and areas for further research.

In parallel with the research and publications of the project, Dr Mitton chairs a series of talks featuring guest speakers. Experts and thinkers from a range of fields offer their unique perspectives on conflict violence.

The below is a list of past talks and audio recordings where available.
All talks were chaired by Dr Kieran Mitton unless stated otherwise.

Of Ruptures and Continuities. Theory and Methodology in Research on Sexual Violence Against Women in War and Peace
Speaker: Dr Jelke Boesten, Reader in Gender and Development, Department for International Development, King’s College London.

Rape as a Practice of War: Towards a Typology of Political Violence

How Has Violent Political Conflict Changed Over the Last Two Centuries?

How Should We Write About Violence?
Speaker: Roger Mac Ginty, Professor of Peace and Conflict Studies, University of Manchester.

A new collaborative documentary on gangs in Sierra Leone, employing ex-gang members in its production – read more and lend your support here: https://www.gofundme.com/gangsofreetown 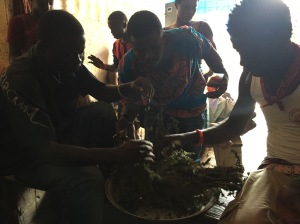